Air pollution is slashing years off the lives of billions, report finds

Dirty air is a far greater killer than smoking, car crashes or HIV/Aids, with coal burning the leading cause 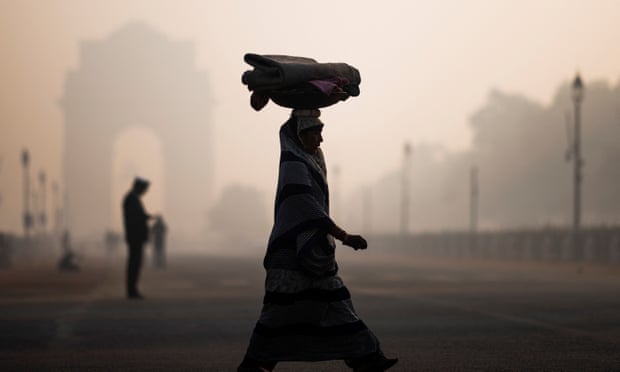 Air pollution is cutting short the lives of billions of people by up to six years, according to a new report, making it a far greater killer than smoking, car crashes or HIV/Aids.

Coal burning is the principal culprit, the researchers said, and India is worst affected, with the average citizen dying six years early. China has slashed air pollution in the last seven years, but dirty air is still cutting 2.6 years from its people’s lifespan.

The team said recent events had illustrated the different futures possible depending on whether governments act or not. Coronavirus lockdowns cut pollution, revealing the Himalayas to some Indian city dwellers, while wildfires in the western US caused serious pollution on the other side of the continent in New York City.

“Air pollution is the greatest external threat to human health on the planet, and that is not widely recognised, or not recognised with the force and vigour that one might expect,” said Prof Michael Greenstone at the University of Chicago. Greenstone and colleagues developed the Air Quality Life Index (AQLI), which converts air pollution levels into their impact on life expectancy.

Air pollution shortens lives more than any other external cause

The average global citizen loses 2.2 years of life with today’s levels of air pollution and, if nothing changes, that adds up to 17bn lost years, Greenstone said. “What else on the planet is causing people to lose 17bn years of life?”

“Furthermore, we’re not just letting it happen, we’re actually causing it,” he said. “The most striking thing is that there are big countries where, effectively, a combination of the government and [societal] norms are choosing to allow people to live really dramatically shorter and sicker lives.” He said switching to cleaner energy and enforcing air quality measures on existing power plants have cut pollution in many countries.

The report estimated the number of additional years of life people would gain if air pollution levels in their country were reduced to World Health Organization guidelines. In India, the figure is 5.9 years – in the north of the country 480 million people breathe pollution that is 10 times higher than anywhere else in the world, the scientists said. Cutting pollution would add 5.4 years in Bangladesh and Nepal, and 3.9 years in Pakistan.

In central and west Africa, the impacts of particulate pollution on life expectancy are comparable to HIV/Aids and malaria, but receive far less attention, the report said. For example, the average person in the Niger delta stands to lose nearly six years of life, with 3.4 years lost by the average Nigerian.

China began a “war against pollution” in 2013 and has reduced levels by 29%. This is adding an average of 1.5 years on to lives, assuming the cuts are sustained, the scientists said, and shows rapid action is possible.

Fossil gas is significantly less polluting than coal and Japan said in June that it would offer $10bn in aid for energy decarbonisation projects in southeast Asia, including gas power stations. But gas burning still drives global heating and Christiana Figueres, former UN climate chief, said on Sunday: “Let’s be clear, gas is not an alternative to coal and nor is it a transition fuel. Investments in new gas must stop immediately if carbon neutrality is to be reached by 2050.”

The AQLI report is based on research comparing the death rates of people living in more and less polluted places, with heart and lung problems being the largest source of early deaths. The analysis is based on small particle pollution, but is likely to include the effects of other air pollutants as these all tend to be high in the same locations. The estimates of air pollution around the world were derived from satellite data at 3.7-mile (6km) resolution.

We Created A Monster: 5 Alarming Facts About Plastic Pollution In Vietnam

An article by Hiezle Bual published on Vietcetera Did you know that an average Vietnamese person produces 37 kilograms of plastic waste per year? If you can’t visualize that, go see the Plastic Beast. Just last week, our social media platforms were flooded with photos and reels of trees and plants, oceans…

Exclusive: The discovery shows the particles can travel around the body and may lodge in organs Microplastics cause damage to human cells in the laboratory. Photograph: David Kelly/Photograph David Kelly Microplastic pollution has been detected in human blood for the first time, with scientists finding the tiny particles in almost…

Could a behavioural change campaign save energy and cut Russian gas imports?

A call for collective action could help UK pivot away from dependence on Russian fossil fuels There is a second world war poster showing a red-faced couple looking angrily at their daughter as she adds more fuel to their fire. The caption reads: “Save fuel to make munitions for battle.” It was…