Antarctic and Arctic temperatures have shocked researchers. How unusual are they? What are the consequences? 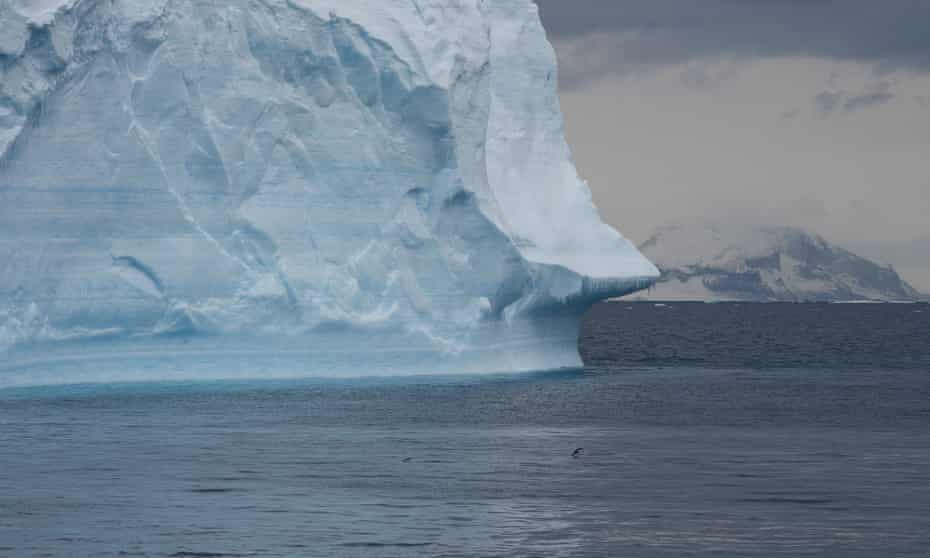 Scientists have been shocked by high temperatures in both Antarctica and the Arctic in recent days, with one Antarctic station recording a temperature more than 40C above seasonal norms. Photograph: Natalie Thomas/Reuters.

Unusually high temperatures in both Antarctica and the Arctic in recent days have shocked researchers, who warn that extremes will become more common as a result of the climate crisis.

Concordia station, high on the Antarctic Plateau, hit a record temperature of -11.8C on Friday, more than 40C warmer than seasonal norms. Vostok station registered a temperature of -17.7C, beating its record by 15C.

At the same time, some stations near the north pole reached 30C above normal, with records broken in Norway and unusually warm temperatures recorded in Greenland and the Russian archipelago of Franz Josef Land.

The Antarctic continent as a whole on Friday was about 4.8C warmer compared to a baseline temperature between 1979 and 2000, the Associated Press reported. On the same day, the Arctic as a whole was 3.3C warmer than the 1979 to 2000 average.

What is causing the high temperatures?

“Both of these weather events are related to the poleward transport of heat and moisture,” said Dr Zachary Labe, a climate scientist at Colorado State University, on Twitter.

Alex Sen Gupta, an associate professor at the University of New South Wales in Sydney, said strong winds coming from Australia were contributing to the unusual temperatures in Antarctica.

“We have had a combination of strong weather systems over the Southern Ocean to the south of Australia that aligned to produce very strong polewards winds stretching from Australia to eastern Antarctica.”

An atmospheric river was also a major contributing factor to the high temperatures in the eastern Antarctic, according to Prof Julie Arblaster, a climate researcher at Monash University.

“These are rivers of moisture in the air that bring warm and moist air to certain locations, and there was a really significant one occurring in that region over Antarctica.”

The moist air has trapped heat over the continent, resulting in the warm surface temperatures.

“Right now we’ve got the lowest sea ice extent on record in Antarctica,” Arblaster said. “A lot of the sea ice around Antarctica that might be there normally close to the continent is now ocean. It would be really interesting to understand if there’s any connection between the low Antarctic sea ice extent and these warm temperatures.”

The heat in eastern Antarctica was an “extraordinary event”, Arblaster said. “These are temperature anomalies of between 15 to 40C.”

Gupta said: “It looks like large parts of eastern Antarctica reached over 20C warmer than normal. Warming started on the 15th [March] and still persists.”

Prof Matt King, who leads the Australian Centre for Excellence in Antarctic Science, said a lack of longterm temperature records made the heatwave difficult to contextualise historically.

“The first of the precise temperature records start in the late 1950s, so it’s really hard to work out what’s remarkable and what’s not,” King said. But, he warned, the impact of the climate crisis meant events like these would be a “view to the future. Sometime down the track, depending on what we do with our carbon emissions, we might see these types of temperatures much more regularly.”

In the Arctic, temperatures have increased by nearly 1C in the past decade, with Northern Siberia and the Canadian Arctic warming three times faster than the rest of the world. A record temperature of 38C was recorded in the Russian Arctic during an Arctic heatwave in the 2020 northern hemisphere summer.

What are the consequences?

“This weather event is an example of atmospheric warming above the ice shelves,” said Prof Andrew Mackintosh, head of the school of earth, atmosphere and environment at Monash University.

In Antarctica, the heat “would have to persist for a fairly long period of time to make a substantial difference”, he said. The main concern is a weakening of ice shelves, extensions of ice sheets that float over the ocean. They play an important role in restraining inland ice.

“Once we lose ice shelves, grounded ice that sits inland would flow out faster … go to the ocean and cause sea level rise,” Mackintosh said.

King agreed, saying there had been indicators in recent days of potential surface melt and snow softening along the eastern Antarctic coastline. “In some ways, the future of Antarctica will look like the future of the Arctic, where we’ve had many degrees of warming there over the last 50 years or so,” he said.

There has been a sharp drop in Arctic sea ice this month at Svalbard, which has experienced anomalously high temperatures.

Last year, researchers found that sea ice across much of the Arctic was thinning twice as quickly as previously thought. The last fully intact ice shelf in the Canadian Arctic collapsed in 2020 as a result of rising temperatures.

The melting of ice results in a vicious cycle: a greater area of dark water is exposed, learning to increased absorption of the sun’s energy, which then causes more warming.

VTV.vn – Thwaites Glacier in Antarctica is facing an alarmingly fast melting rate. (Photo: Alexandra Mazur/University of Gothenburg) Underwater robots observing the Thwaites glacier – the river nicknamed “Doomsday” has realized its “doomsday” may come sooner than expected with the rate of melting ice increasing rapidly. A detailed map of…

An ozone hole, seven times larger than the Antarctic ozone hole, is currently sitting over tropical regions and has been since the 1980s, according to a Canadian researcher. An ozone hole over Antarctic on September 11, 2022. Photo: CAMS IIn AIP Advances, by AIP Publishing, Qing-Bin Lu, a scientist from…

We are no longer accepting donations.